Andretti Steinbrenner Autosport racer DeFrancesco is the very definition of the campaign’s #BornFast hashtag, as he was born 15 weeks early and weighed less than one kilogram. His prognosis at birth was grim.

However, DeFrancesco spent the first four months of his life in an incubator at Sunnybrook Health Sciences Centre and overcame several significant health complications.

“If I wasn’t at Sunnybrook, I probably wouldn’t have survived,” says DeFrancesco. “My family and I will be eternally grateful for Sunnybrook’s care because nothing that followed would have been possible without them.”

The Racing for the Tiniest Babies campaign will highlight DeFrancesco’s extraordinary story – from weighing less than one kilogram to racing in one of the top series in the world.

This initiative will also showcase Sunnybrook’s DAN Women & Babies Program and neonatal intensive care unit. More than 4,000 babies from across the province are born each year at Sunnybrook including many high-risk deliveries, premature and sick babies along with “micro-preemies”. 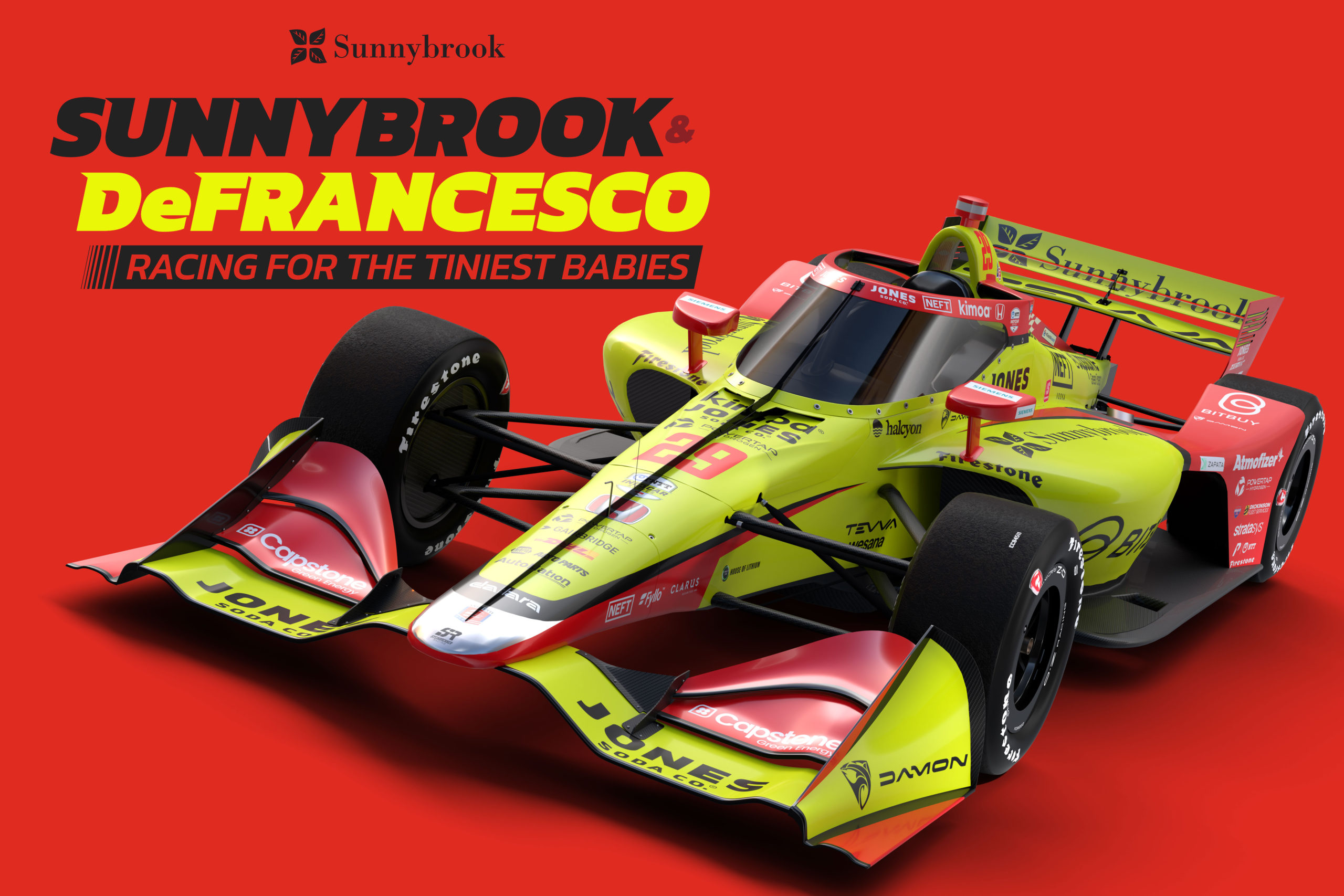 “From working to prevent premature births and caring for preterm infants, to understanding the complexity of multiple births, we are working tirelessly to provide world-leading care for families,” said Dr. Eugene Ng, Chief, Newborn and Development Pediatrics at the DAN Women & Babies Program.

“Devlin is just one of the thousands of examples of program graduates going on to big things, and we couldn’t be more proud.”

DeFrancesco and his family are generously matching all donations to the campaign up to $250,000, which will support Sunnybrook’s DAN Women & Babies Program and help the hospital’s most vulnerable patients survive and thrive while providing personalized care for women with high-risk pregnancies.

DeFrancesco makes his Honda Indy Toronto debut when the race makes its return to the city from July 15 to July 17. Sunnybrook is inviting the community to enter a draw for a chance to win a pair of VIP passes to the Honda Toronto Indy and sign a Cheer Card for DeFrancesco. Sunnybrook will share these messages of support and encouragement with DeFrancesco before he hits the start line in Toronto.

Prior to the Honda Indy Toronto, DeFrancesco and his racingg team, Andretti Steinbrenner Autosport, will unveil the No. 29 car and DeFrancesco’s racing helmet that will be used exclusively for the Toronto race. More details to follow.

More information on Racing for the Tiniest Babies can be found at Sunnybrook.ca/BornFast.