A Podium and Points aplenty as Devlin turns Twenty 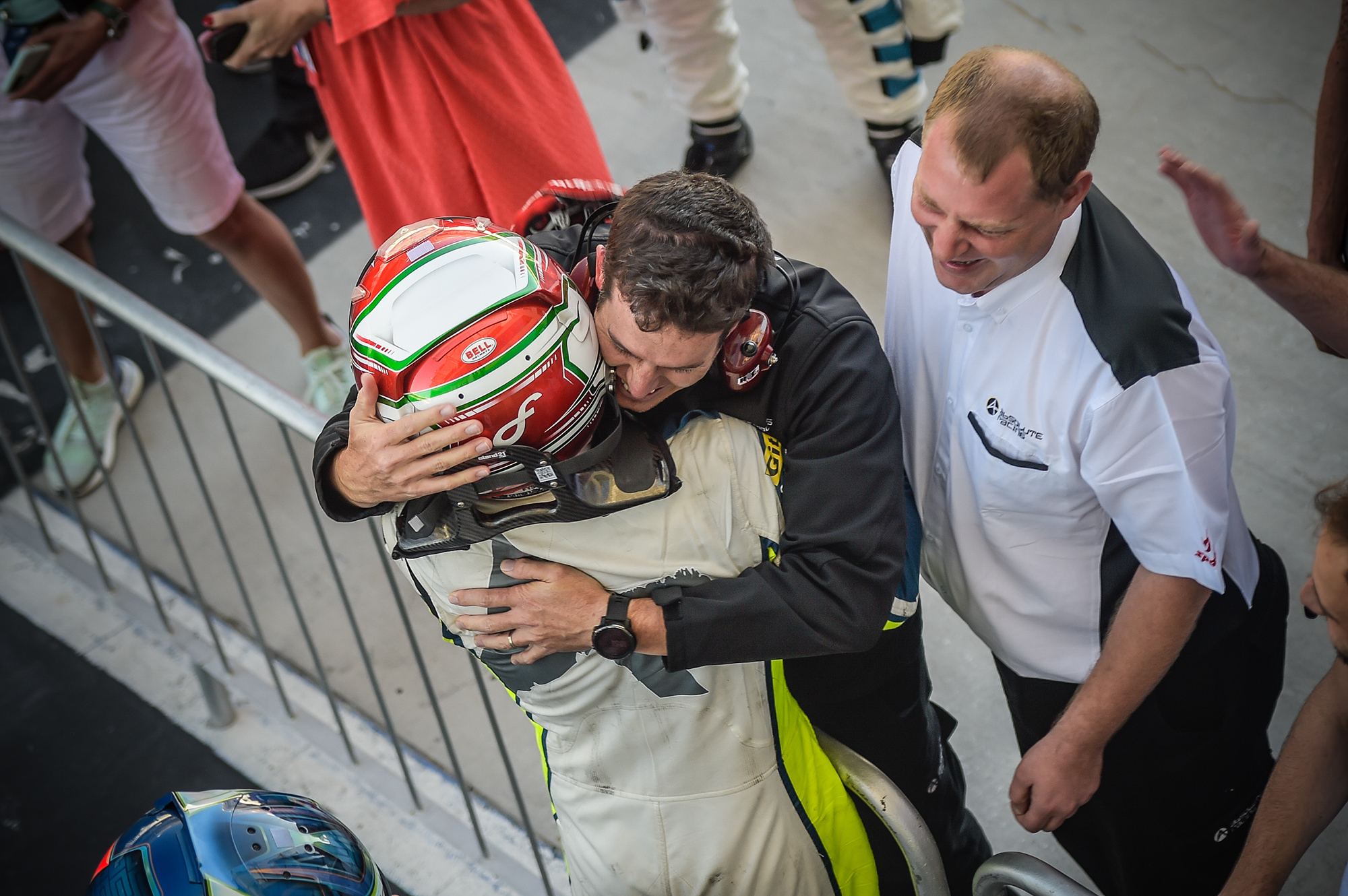 A Podium and Points aplenty as Devlin turns Twenty

Devlin DeFrancesco welcomed in his 20th birthday in style this weekend, with another hugely impressive set of performances in the F3 Asian Championship certified by the FIA, this time at the glittering Yas Marina Circuit in Abu Dhabi.

With barely time to think between last weekend’s races at the Dubai Autodrome and this weekend’s round three at the Yas Marina Circuit, Devlin had no choice but to dive straight into the action in Thursday’s Free Practice session. With his previous experience of the track from GP3 in 2018 and the short but informative Free Practice session, Devlin felt relatively comfortable heading into the double qualifying sessions.

With only two 15 minute qualifying sessions a weekend it’s always intense, and with the field so competitive it’s really anybody’s game. This weekends sessions were no exception. Ending the session in P7, the young Italian-Canadian was relatively pleased with his performance, feeling that had he not had to lift for a yellow flag he would have taken P4. Taking a gamble for the second session, he waited until towards the end of the session to set a time, unfortunately this tactic didn’t fully pay of, as he ended the session P9 , just a few tenths of seventh.

Lining up for the first race firmly in the midfield, Devlin knew he would have to keep his wits about him to climb through the field. Making his trademark clean start off the line he gave himself a perfect platform to build on. Picking up positions with several smart moves, Devlin kept his nose clean as he moved through the order, finishing in a strong sixth position.

Saturday Race two was Devlin’s best performance of the weekend. Setting the fifth fastest lap in Friday’s race, he lined up on the third row of the grid. Although the 20 year old was happy with the balance of the Absolute Racing car, he felt that he might be missing on power compared to some of the drivers around him - but this didn’t stop him from putting in a solid drive to cross the line in P4. Then, in a dramatic turn of events, team-mate and race winner Jamie Chadwick was given a twenty second time penalty, for a false start, that dropped her down to eighth, and promoted Devlin to his third podium of the season. In addition, second placed Ukyo Sasahara is ineligible to score points, so Devlin was automatically awarded second position’s point haul.

As one of only a handful of drivers to have a points finish in every single race so far, Devlin was determined to continue this trend. After a tough second qualifying session, he wasn’t in the most optimal position to start the third and final race of the weekend, but having gained positions in all of his recent races, he was confident in his abilities to turn this around.

In what was almost a carbon copy of race two, Devlin was able to keep out of trouble, maintain decent pace and gain places. Although his seventh place finish was not his best of the weekend, it was still a solid end to the third round of the championship - and leaves him firmly in fourth place in the driver’s standings.

‘Overall, balance wise with the car, it’s been good,’ he said post race.

‘Power wise we’ve felt a bit off this weekend, but it’s something the team is working on - and they’ve done a great job with the car all weekend.’

‘I’m happy with how things went, I think we’re really stringing together a strong run of results and we’re in a good position in the championship. I’m looking forward to seeing what we can do in the final two rounds.’

There’s a break now before the next round, where Devlin will head back to the Sepang International Circuit in Malaysia on February 14-15th.