Agonisingly close to points in Austria for Devlin DeFrancesco 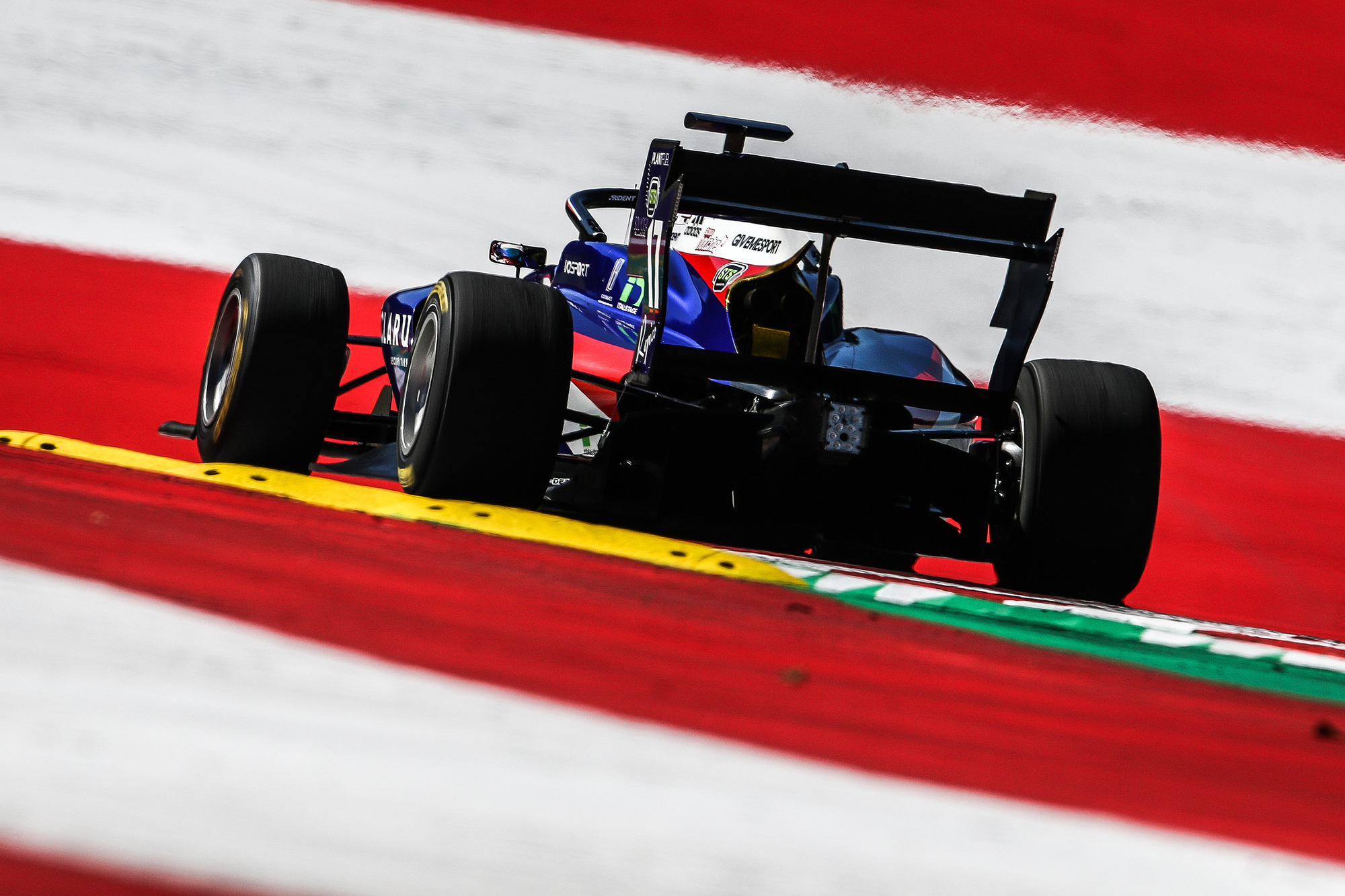 Agonisingly close to points in Austria for Devlin DeFrancesco

Set deep in the Styrian hills, the Red Bull Ring is one of the most picturesque, yet shortest on the calendar at 4.318km. A high-speed circuit with multiple run off areas also make for one of the more challenging circuits for the field of talented young drivers.

As the second part of F3’s first double header this year, Devlin was plunged straight into another race weekend. Unfazed by this lack of downtime, the nineteen-year-old put in a solid performance all weekend, coming agonisingly close to a points finish.

With both free practice and qualifying taking place on the Friday, Devlin knew there was no time for error as he headed out for the first session of the day. Using his first few laps to refamiliarise himself with the circuit the young Canadian-Italian left practice in 14th out of 29 drivers. Happy with his overall pace he knew there was still time to be found in the lap ahead of qualifying that evening.

With just the one qualifying session to set the grid for the first race, it is vital that the field put in a series of clean competitive laps. Despite being a bit of a pain point in the past, Devlin did just that scoring his highest qualifying position to date of 13th, despite losing a bit of time due to a small error in the final sector. With points awarded to the top ten drivers he left the circuit excited for the battle on Saturday.

“A little bit of a tough ending, but the championship is so tight, it is quite unforgiving if you make a small mistake, my mistake was in the last sector and that was the difference between me being P7/8 and P13. But we were improving, I got the maximum out of the car just one tenth off my team-mate (Piquet) Overall I’m happy with the progress we’re making” Devlin reflected

Lining up in the midfield for the feature race, Devlin knew that he had a chance to grab his first points of the season – but also that to do that, he’d need to keep his nose clean. The grid set off under the abnormally hot Austrian sun, and whilst expectations were high going into the race, it wasn’t meant to be for the youngster. He felt that he didn’t get the balance call quite right, which ended up compromising his race and dropping him down the order to seventeenth. Devlin didn’t let this bother him too much though, with the resolute young driver saying that it was a case of ‘heads down and attack again tomorrow.’

The sprint race has been where DeFrancesco has looked his strongest this year, and this weekend was no different. Within just a few laps, he had climbed to twelfth place, and from that point on, he was in the midst of an intense battle with team-mate Niko Kari as well as Yuki Tsunoda and Richard Verschoor. With retirements of front runners, Devlin was promoted even higher in the final few laps of the race and finished just one place outside of the points in ninth – his best result of the season. This result, despite not being point paying, helped push him up the Driver’s Championship table.

‘We did a great job, we knew what the balance needed to be and I had confidence that we would move forward today because I knew we had good speed. If I had cleared Tsunoda a bit earlier maybe, we could fight for P7 or P8. I think we’re there – but no need to dwell I think we’re in a good way and we know what we need to do to improve” Devlin commented

With the next race in just 2 weeks’ time, it’s all still to play for as the Championship head to Silverstone for the British Grand Prix (12th – 14th July).