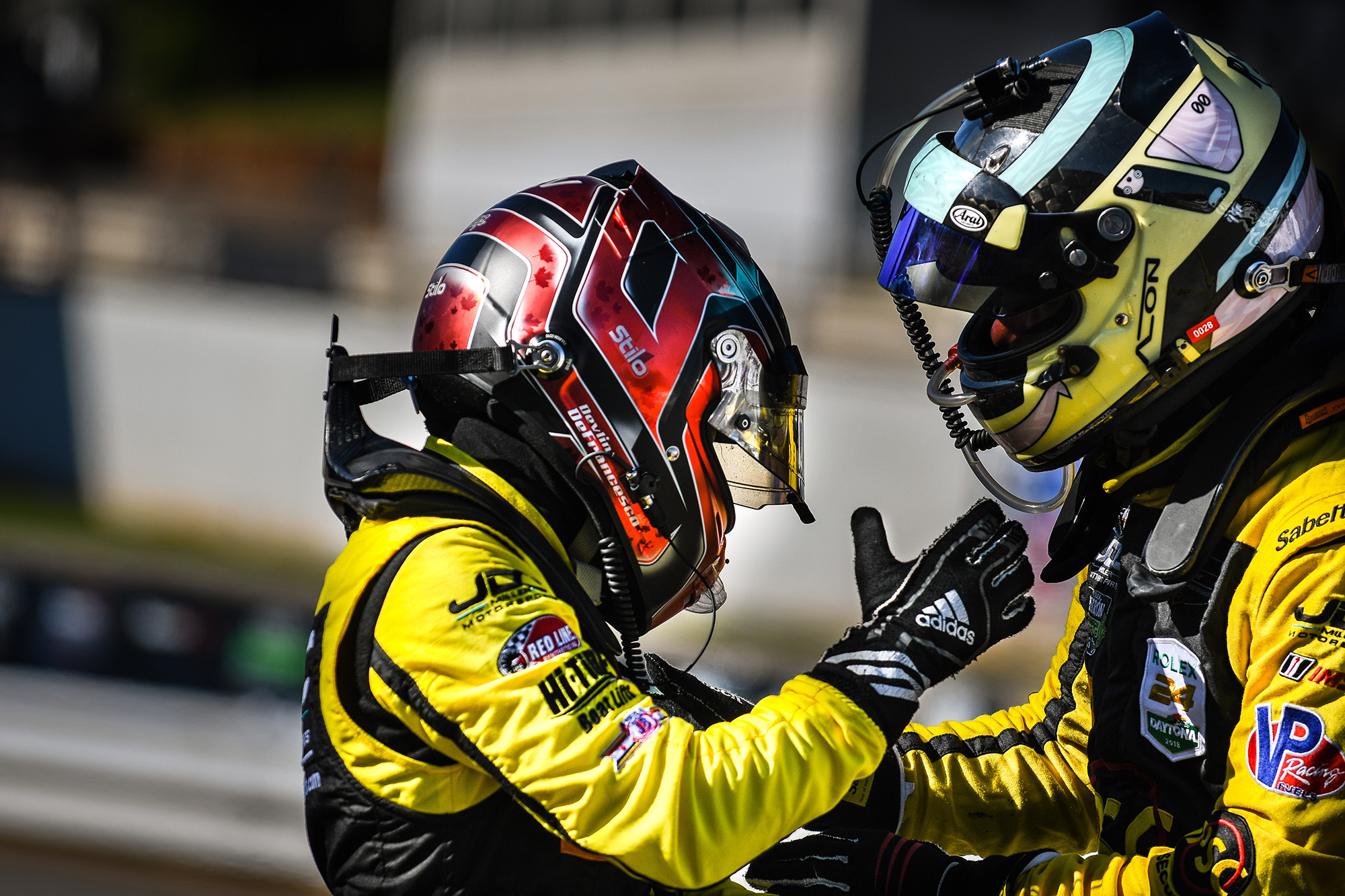 After a hugely successful debut SportsCar outing earlier this year at the 56th Rolex 24 at Daytona , Devlin will be re-joining the JDC Motorsport team as the head to Georgia for the final round of the 2018 IMSA WeatherTech SportsCar Championship (10th – 13th October).

Finalising the teams 3 driver line-up, the eighteen-year-old will be joined by the teams two full-season drivers Simon Trummer & Robert Alon in the No. 85 Oreca LMP2 ‘Banana Boat’.

As the final round of the twelve race IMSA SportsCar Championship, Petit le Man is contested on the 2.54-mile-long Road Atlanta circuit across 10 gruelling hours. Deemed one of ‘the world’s best road courses’, the tricky, twelve corner circuit will be a test for the whole field.

Although an entirely different racing format to the Canadian-Italian’s GP3 races, Devlin will be looking to further demonstrate his versatility as a racer by putting on a strong performance. After finishing 6th in Daytona, alongside Trummer & Alon, Devlin knows exactly what both himself and the team are capable of and will be using all his experience gained to capitalise on every opportunity.

Eager to get started and thankful for the opportunity Devlin commented:
“Super nice to be back with the team, got good memories from Daytona. The engineer Ian is a great guy, top bloke and does a really good job, as do John Miller and the whole team.”

“I’m thrilled to be back with them and to see what it brings. Obviously, I need to revert the mindset back to endurance racing, but I really, really enjoyed it last time so I’m looking forward to it.”

John Church – (Owner and managing Partner JDC-Miller MotorSports) added:
“It is great to have Devlin back with us in the No. 85 lineup. Obviously he ran with us during the season opening Rolex 24 Hours of Daytona where he and his teammates Simon Trummer, Robert Alon and Austin Cindric brought the car home in 6th place which was super impressive considering it was his first Rolex 24 Hour race and there were 20 entries in the prototype class. "

"Devlin had great race pace and did not put a foot wrong during the entire race so he will be a great and strong addition to our No. 85 lineup for the Petit LeMans race at Atlanta.”