Devlin fights through the field in Sochi 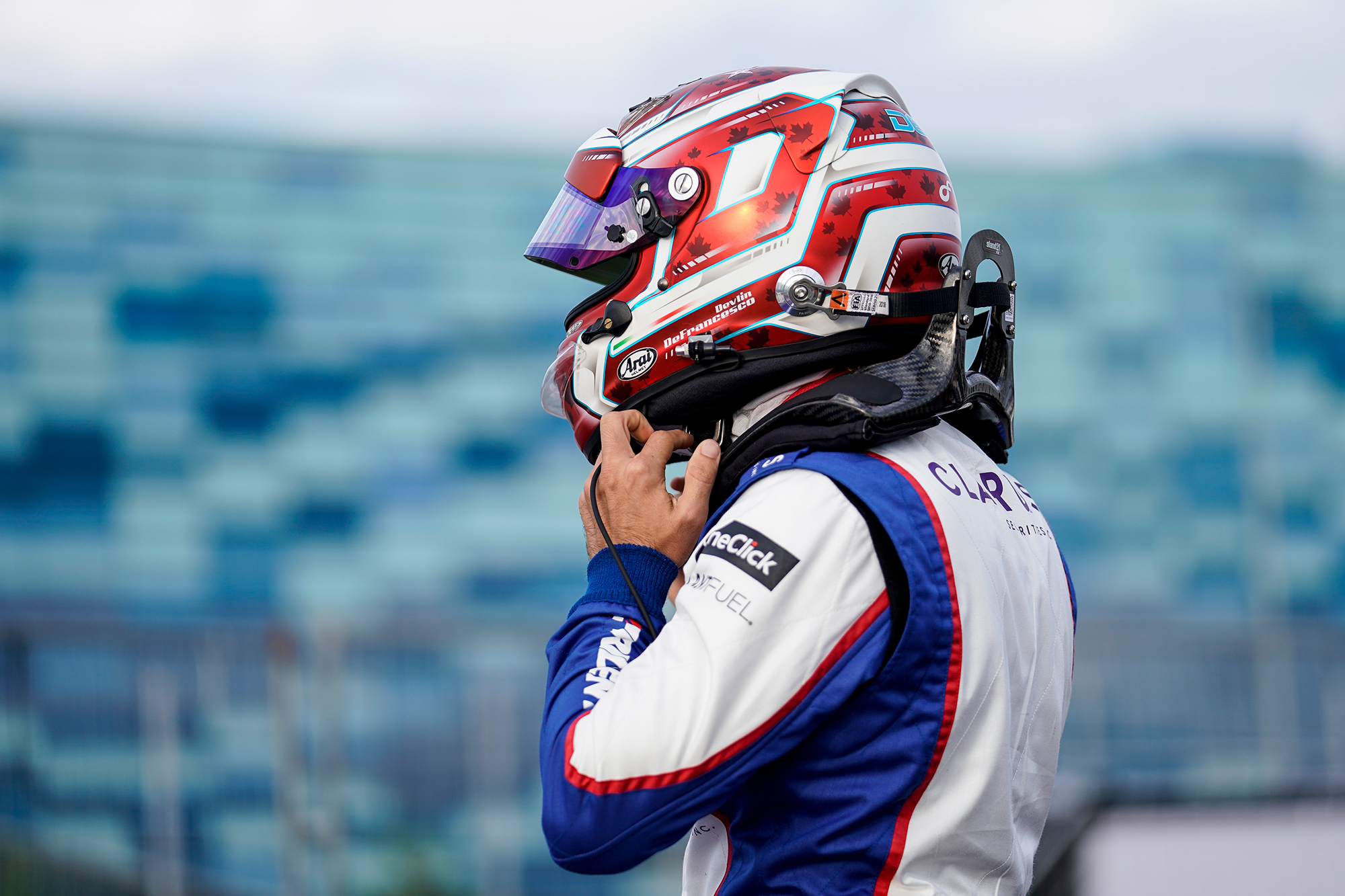 Devlin fights through the field in Sochi

The weekend began bright and early on Friday morning at the track for Free Practice, immediately putting his head down the young Italian-Canadian started to reacclimatise himself to the circuit. Times throughout the 29 strong field were incredibly close with Devlin ending the session firmly in the midpack despite struggling slightly with the balance.

Formula 3 has been to several tracks this year where qualifying can pretty much determine your weekend, but this is not true for Sochi. Whilst there wasn’t so much pressure to qualify right at the front of the pack, this is an area of his race weekend that has visibly improved as the season has progressed, so Devlin was keen to impress. However, with the balance still not quite right from earlier, despite his best efforts’ things didn’t quite fall his way. He would line-up 16th for the first race of the weekend.

It was another early start for the F3 paddock for Saturday’s race. While Devlin wasn’t starting where he would have liked to have been, there was still room for optimism. His racecraft and overtaking has been an impressive feature of his season, and so he knew that there would be plenty of opportunities to move up through the field. However, he never really got the chance to show what he could do, with an incident early on setting him back.

Conditions were mixed with rain falling during the race, and so Devlin and the team took a gamble by putting the wet tyre on – something that ultimately didn’t pay off. He finished 23rd but acknowledged that sometimes taking risks can work out like that.

‘There was an incident at turn 4 with the Campos’, he said. ‘Then we risked it and put wets on. We took a gamble – had it paid off it would have helped massively but it didn’t work, sometimes that’s how it goes.’

Sunday was a much sunnier affair for the young racers, and Devlin ended the second race of the weekend with a much sunnier outlook on how the round had gone for him. This time he had the chance to demonstrate his natural talent for wheel-to-wheel racing and overtaking. Throughout the course of the 20 lap race, he moved up eleven spots to take 12th place, putting him right at the business end of the midfield.

‘A good way to end my weekend’ he commented. ‘It was fun to be out there, we made up a lot of ground and recovered nicely.’

2019 has certainly been a year of learning and growth for Devlin. There have been moments of frustration for the youngster but countless times where he has shown his potential and, importantly, determination when luck has not always been on his side. Whilst points evaded him, there is plenty to be positive about – holding his own in one of the most competitive championships around.

‘The season has been filled with a lot of frustration and sometimes luck was not on our side,’ Devlin reflected. ‘I think a lot has been learned for next year and we’ve shown our potential even when things haven’t gone our way’