Devlin showcases his consistency in Dubai 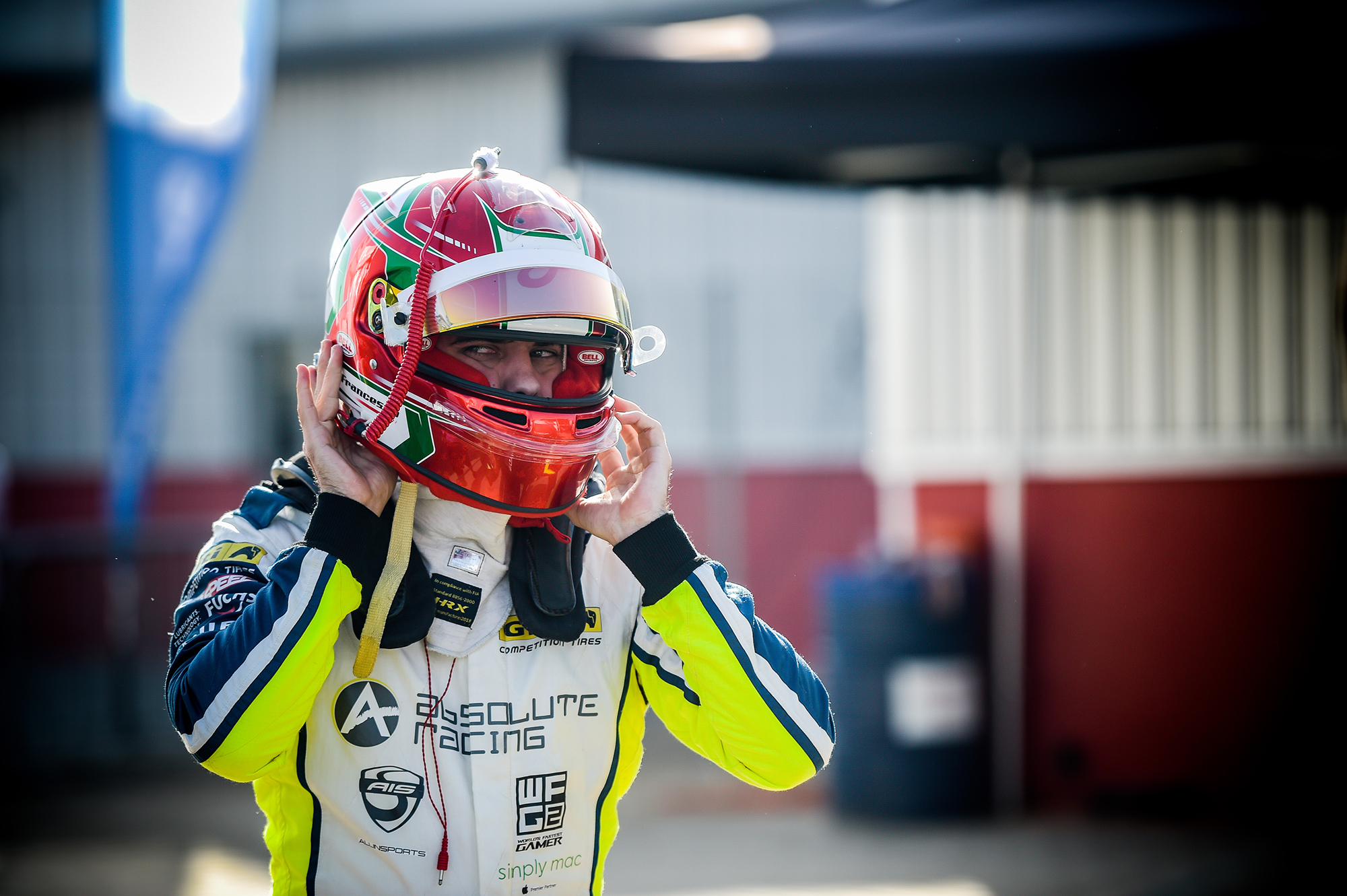 Devlin showcases his consistency in Dubai

Set against the backdrop of the sprawling desert, Devlin DeFrancesco and Absolute Racing took to the Dubai Autodrome this weekend. Contesting in round two of the F3 Asian Championship certified by the FIA, the talented teenager came home once again with an impressive set of results.

The 5.39km track posed a completely new proposition and set of challenges for the youngster, who had never driven at the circuit before. Quickly acclimatising and demonstrating his adaptability from the get go, the nineteen year old ended the free practice session in 7th, giving himself a good platform to build on before the two qualifying sessions later that day.

The two intense, 15 minute qualifying sessions took place consecutively on Thursday afternoon. With all 17 drivers posting similar and highly competitive times, Devlin’s lap put him in the midst of a tightly packed midfield, for what would be races one and three, where he would start 8th and 10th respectively.

Setting off from the fourth row for the first race of the decade, Devlin wasted no time in proving his race craft and overtaking ability, jumping up the order to 6th during the first lap.

Eyes locked on Jake Hughes in front, it was down to the young Italian-Canadian driver to hold his nerve and keep the pressure on but was passed by the charging Sebastian Fernandez to drop him back a place to seventh. Undeterred, he set about to reclaim his position. Keeping his wits about him, the Absolute Racer's persistence paid off, executing a clever move up the inside of Hughes to claim sixth place on track. Keeping his nose clean later paid dividends, when collisions at the front of the field promoted him to a well-earned fifth position. Another healthy haul of points to add to his already impressive tally.

For the second race in a row, Devlin started in eighth position - but this time in extremely different conditions, with an uncharacteristically rainy Dubai delaying the start of Sunday’s racing. With limited visibility and large amounts of spray on track, Devlin kept his head down and nose clean, climbing up to an incredible fourth in his opening laps whilst offers faulted and ventured off track.

Unfortunately, struggling with tyre degradation, he was unable to build on this impressive start, as he had done so well in the previous round. Dropping back down the order to cross the line in 7th, he was later promoted to 6th due to a post race penalty for another competitor.

The third and final race of the weekend presented Devlin with the opportunity to continue his competitive run - having not finished out of the points once. Unfazed by starting further back then he would have liked to, the resolute driver immediately set about chasing the pack and was up to 7th by the end of lap one.

It was a busy race for Devlin, who once more found himself in the midst of an intense battle involving several cars - fluctuating his position between 5th and 7th as everyone jostled over the final points of the weekend.

With a few laps left, he found his way past Amaury Cordeel to take sixth place, which he held onto as the field crossed the line. Once more promoted a position post race, as the benefactor of another drivers post race penalty. Ending his debut in Dubai with two healthy fifths and a sixth.

‘Regarding race three, we had a great first lap,’ Devlin said.

‘Overall, I think we’ve had a solid weekend. We’ve been hugely consistent despite struggling with tyre degradation and have added a good haul of points to our tally.’

‘Obviously we’re heading straight into the race at Yas Marina so we have to now just look forward to that, but overall I think we can be happy with what we’ve done this weekend.’

The field now heads straight to Abu Dhabi for round 3 of the F3 Asian Series next week, 17th-18th January.