Devlin shows his pace at the ‘Temple of Speed’ 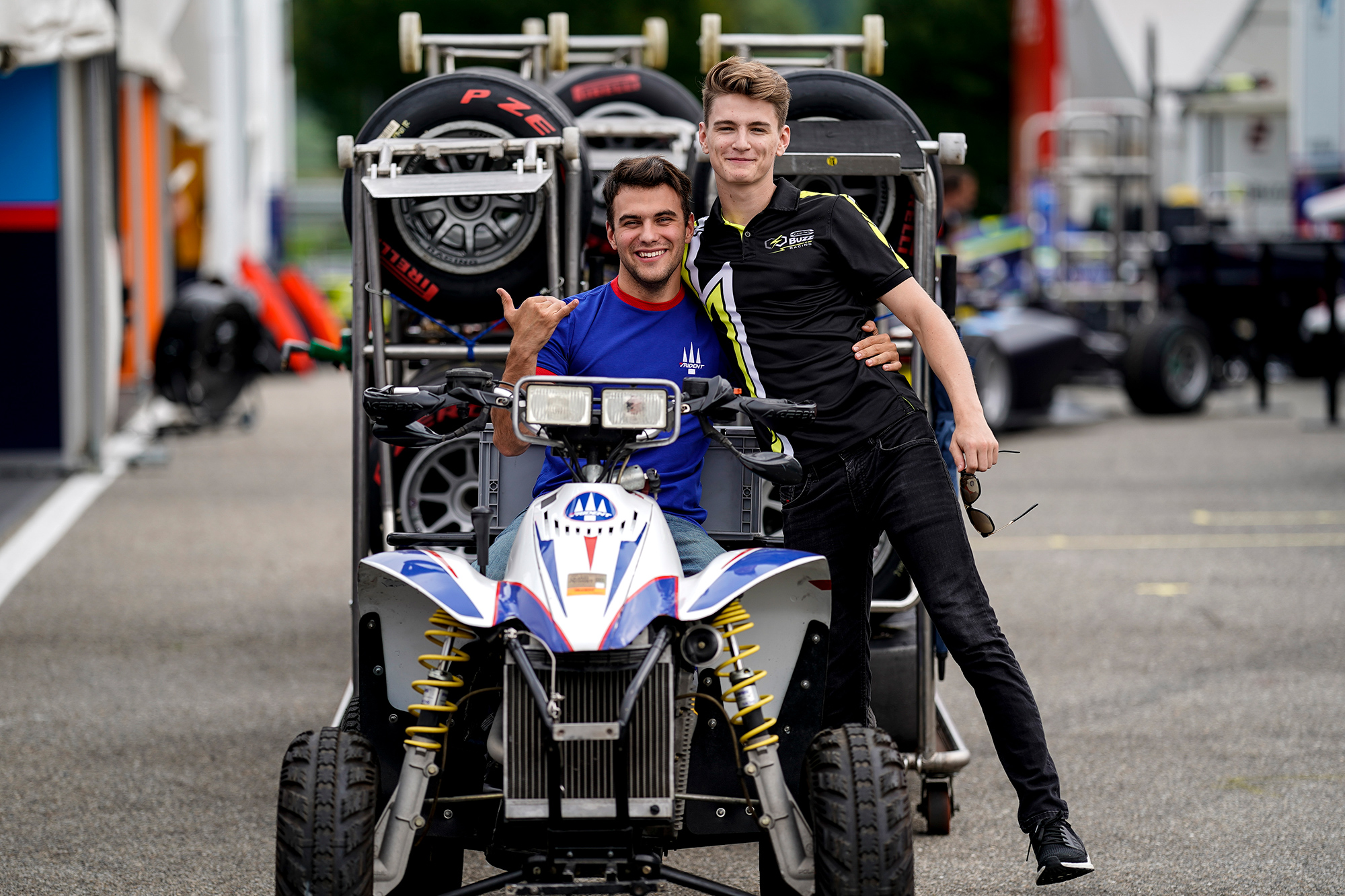 Devlin shows his pace at the ‘Temple of Speed’

The Autodromo Nazionale Monza isn’t dubbed the ‘Temple of Speed’ for nothing. Its seemingly never-ending straights make it the fastest track on the calendar – for F1, F2 and F3 alike. This weekend, Devlin DeFrancesco took on the driver favourite track with high hopes – and achieved some exciting results.

Monza is a track that the majority of the drivers on the F3 grid know well, and Devlin was no exception. It was the scene of his strongest weekend in his half GP3 campaign last year and is a track that he visited en route to his third-place finish in the 2017 EuroFormula Open championship.

Friday’s practice session seemed to suggest that the Italian summer had drawn to a close, with rain and poor visibility disrupting Devlin’s session, meaning that he wasn’t able to get an all-important push lap in. Whilst this was far from ideal for the young Canadian-Italian, he was still happy with the pace he had displayed in the Trident car.

Strange qualifying sessions seemed to be the trend at Monza this weekend, in both F3 and F1. As qualifying began to wind up towards the final flying laps, there were 20 cars on the straight that leads to the Parabolica, with a mix of several drivers who were deemed to be ‘driving unnecessary slowly’ and those on push laps.

Devlin had already been impeded in the session, but nevertheless was on course to set a lap good enough for pole when the session was abruptly red flagged due to the chaos. His time didn’t count, and a grid penalty from the previous weekend at Spa meant that what could have been pole turned into a lower midfield start for Saturday’s feature race. There was plenty of confusion as to who would be starting where, with no less than 17 drivers on the grid being handed penalties for one reason or another.

The sun did come out for Saturday’s feature race, and although Devlin was starting from a tricky position, the pace he had displayed throughout the weekend gave him plenty of reason for optimism. This was not misplaced. Although he was able to benefit from retirements from ahead of him, the youngster still drove an incredibly impressive race, and moved up twelve places to finish just over a second outside of a points paying position.

‘P24 to P12 time to push for race 2 tomorrow!’ he commented after the race. He also expressed his relief that fellow driver Alex Peroni was ok after he caught a sausage kerb resulting in a very scary looking airborne incident midway through the race.

His impressive Saturday meant that Devlin had a strong starting spot for the second race of the weekend on Sunday morning. The grid all set off with high hopes of a good result, and right from the outset, Devlin was mixing it at the top end of the midfield.

As the race progressed, it was clear to see that he was in the midst of a pack of drivers with hardly anything to separate them. His position fluctuated as they all jostled for position, but he more than held his own. He once more crossed the line in a strong midfield spot – a promising sign as he heads into the final race of the season at Sochi towards the end of September.

‘Overall, It was a good weekend’ he said. ‘Whilst we’re definitely impacted by the red flags in qualifying, which could have turned the weekend from good to great our pace once again is super strong. Full focus to Sochi now – lets end on a high!”