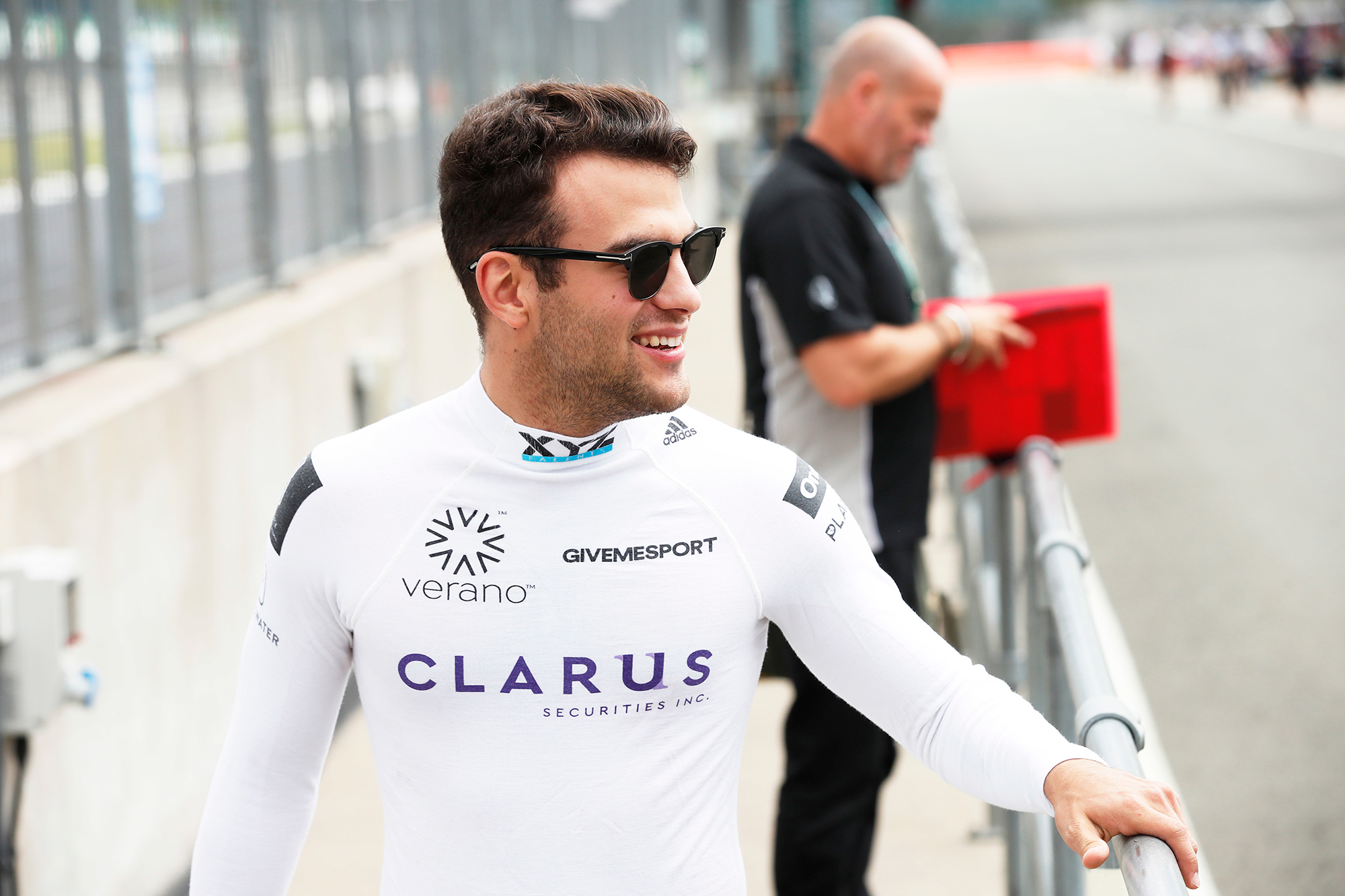 Devlin DeFrancesco headed into the British round of the FIA Formula 3 Championship at Silverstone feeling optimistic after a strong showing at the Red Bull Ring, despite a strong showing of pace in practice, factors somewhat out of his control made this a weekend that he may not want to relive.

The weekend started off extremely positive fashion as the young Canadian-Italian pumped in a whole bunch of strong competitive laps under the basking English sun, finishing the 45-minute session just 2 tenths of a second shy of the leading time, and a second faster than his teammates in P2. Devlin reflected on his strongest practice to date as he prepared for Qualifying:

“Generally, quite happy with that, we have a little bit more to find I think, but that’s the best FP we’ve had so far. Just quite calm and no major issues or dramas. Happy to end where we did and let’s see what we can squeeze out in qualifying later.”

Heading to qualifying later that afternoon, boosted by his strong showing in practice Devlin put in his opening laps. In one of the tightest qualifying sessions of the year, places were traded near constantly with less than 1.5 seconds separating the top 26 drivers after the flag fell on the session. With such tight margins, the smallest lock up or error can take you from the midfield to the back. Struggling for track position, Devlin wasn’t quite able to get the perfect lap together, ending the session in 22nd. At a track with plenty overtaking opportunities, and with the potentially high tyre degradation, Devlin remained positive feeling that “anything could happen” in the race:

“Really tough one to swallow after a really strong free practice. It’s quite easy to see where I was caught out, which puts us in not the greatest position for tomorrow. Full focus to tomorrow now, tyre degradation is a big thing here so anything can happen. Lets see what we can do” Devlin reflected

The thirty young hopefuls lined up bright and early on Saturday morning for the start of the feature race, and although Devlin wasn’t in the ideal position, he immediately started working his way through the field. But, unfortunately, it wasn’t to be when his tyre was clipped by another driver’s front wing on just the second lap, resulting in a puncture that sent him to the pits.

From that point on, DeFrancesco was playing a game of catch up to the rest of the field, and while his pace was promising, he finished the race down the order. The incident in question was investigated by the stewards and was deemed as a racing incident.

With Race 2 positions set by the Race 1 finishes (with the top 8 reversed) Devlin’s misfortune set him up for a challenging run from the back of the pack as the lights went out on Sunday morning. Not letting this faze him, the resolute young driver immediately set upon making his way through the field. Demonstrating his strong pace and sophisticated race craft the nineteen-year-old made up a very impressive 10 positions over the course of the race.

Reflecting on the race Devlin commented:

“Starting from 27th after yesterday’s puncture was always going to be tricky but I’m happy with the pace and the progress we made through the field to finish 17th. Bit of a weekend to forget if I’m honest – full focus onto Hungaroring”

Devlin is now looking forward to moving on to race at the Hungaroring in a few week’s time, where he will no doubt bounce back. Whilst the outcome of the weekend may be one he hopes to forget, the young Canadian Italian once again proved his impressive pace and determined attitude.