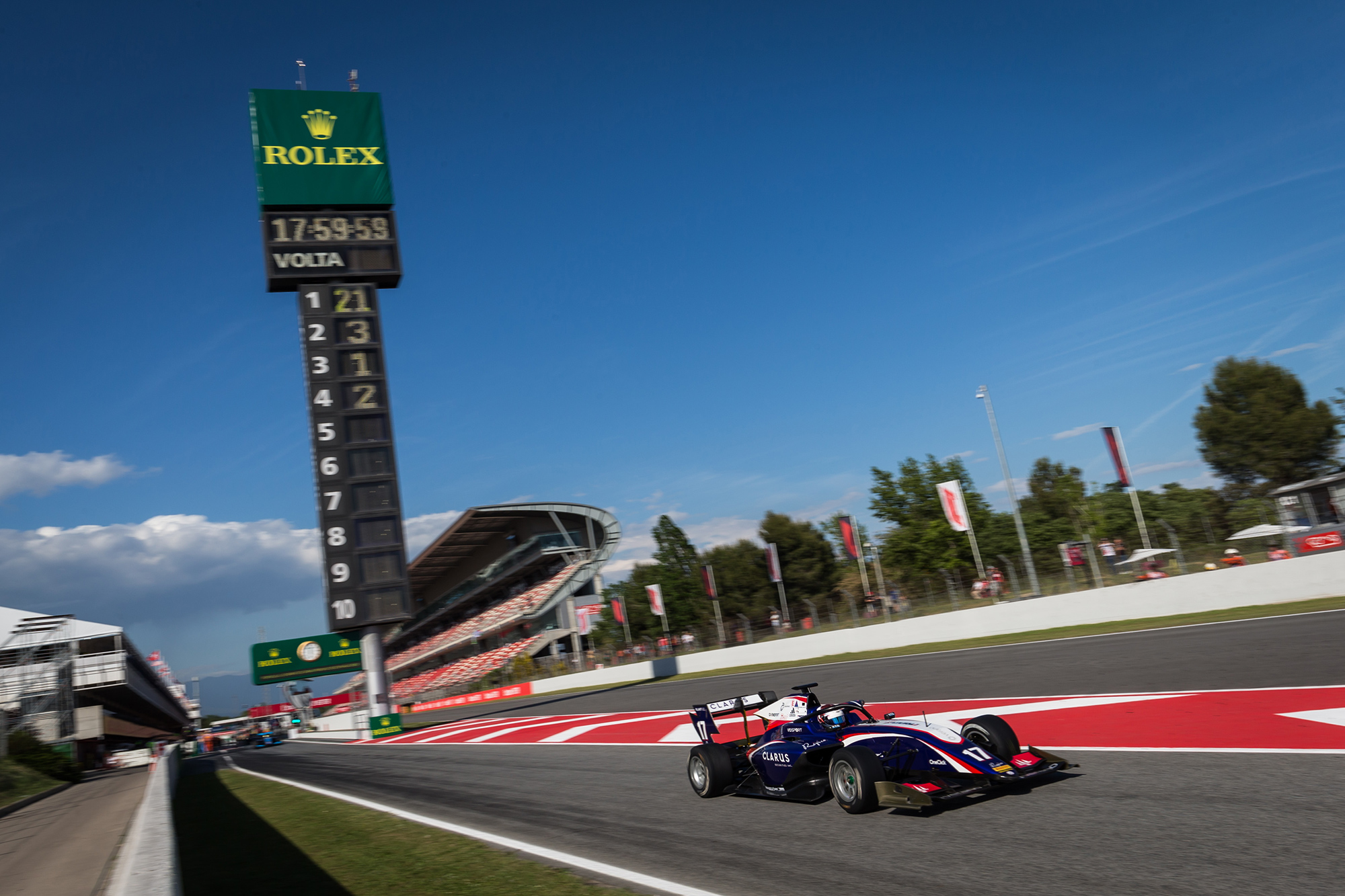 The Circuit de Barcelona-Catalunya played host to an exciting and dramatic opening weekend of the FIA Formula 3 championship, and Devlin Defrancesco looked to continue with the impressive progress he showed in his 2018 GP3 campaign.

It was a positive start to the weekend for Devlin in the first practice session of the new championship. The young Canadian-Italian driver hit the ground running with Trident, putting in a time that placed him thirteenth fastest in the thirty-strong field of drivers.

As was to be expected, qualifying was extremely a closely run affair. With so many drivers all vying for pole, it was essential that each lap was perfect. Devlin once more made a strong account of himself, despite heavy traffic, and put himself comfortably in the midfield group for the first race of the season, which would take place early on Saturday morning.

Battling hard throughout the first race, Devlin was able to maintain some serious pressure on those drivers ahead of him. With two retirements, virtual safety cars and even post-race penalties, it was by no means a quiet season opener, but the young Canadian-Italian kept his head down and put in a solid first drive with his new team.

Race two started early on a sunny Sunday morning, with race positions set from yesterday’s race, Devlin lined up amidst a tight and competitive midfield pack. Whilst everyone got away from the line cleanly, there was chaos by the second corner, with four drivers getting tangled up and bringing out an early safety car. This benefitted Devlin, who kept out of trouble and was promoted three places in an instant.

The safety car was required for several laps to collect the stranded cars, but once the race was restarted, the nineteen-year-old put in some impressive sector times to maintain his position in the frantic laps that followed whilst pressuring those in front of him.

Similarly to race one, there was plenty of drama throughout the field, meaning Devlin’s position in the order fluctuated throughout the closing stages of the race. He crossed the line three places higher than he started – and had shown some great racing throughout.

The next round of the championship is not until late June, at the Circuit Paul Ricard in France, where Devlin will be hoping to build on a promising start to the campaign.