Promising pace and great battles for Devlin in Russia 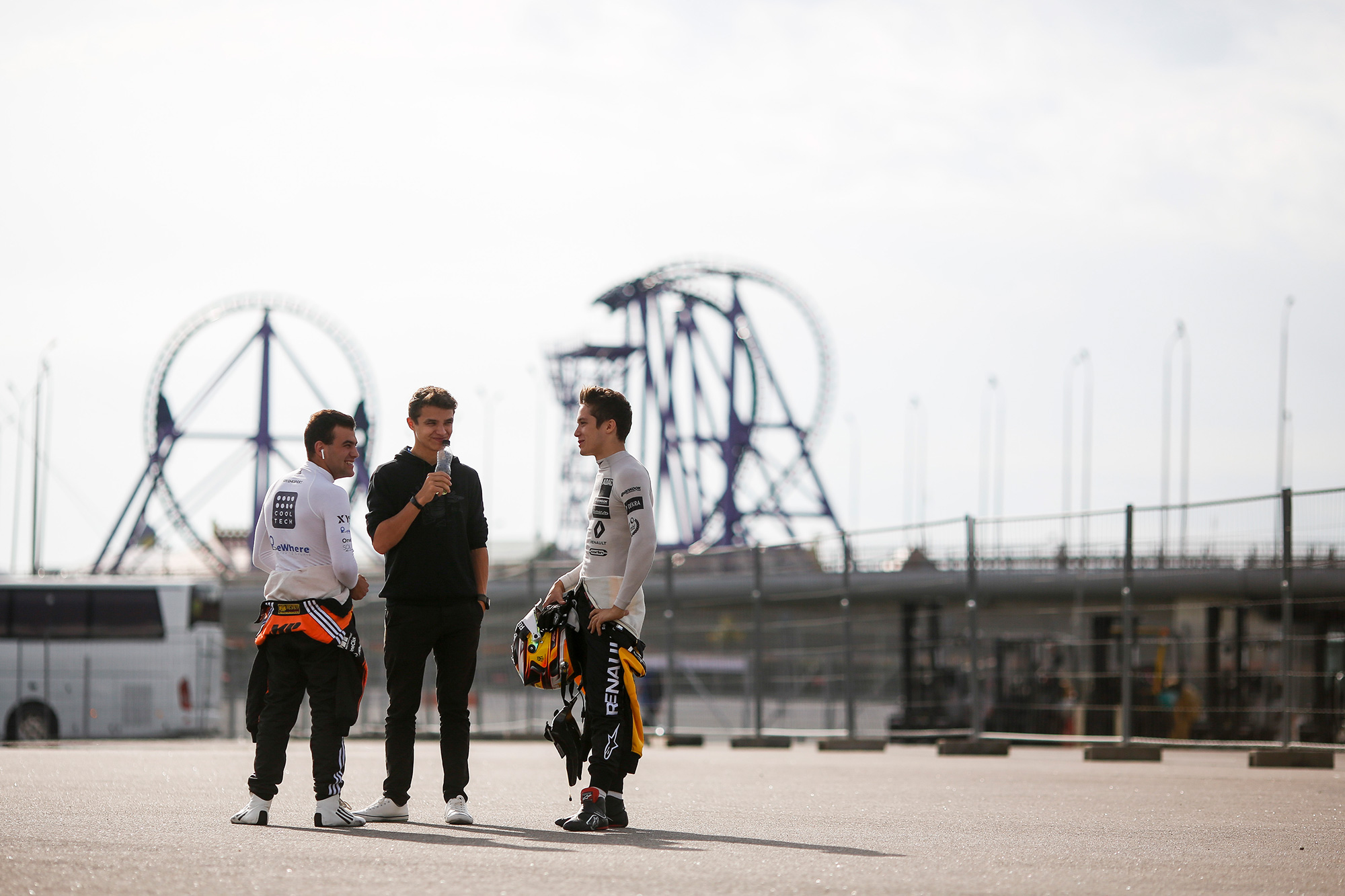 Promising pace and great battles for Devlin in Russia

Despite never having visited the track before, Devlin’s demonstrated his ever-improving form as the GP3 series hit Sochi, Russia for its penultimate round.

Getting the weekend off to a positive start, the eighteen-year-old quickly found his feet during Friday’s free practice session staying in the top 10 for the majority of the session. Unfortunate to suffer a puncture in the closing stages, Devlin was forced to pit and swap back to ‘old’ tyres ending the session fourteenth. Despite losing valuable track time he left the circuit optimistic about qualifying later that evening.

Qualifying for the feature race took place in strange conditions, with the Sochi Autodrom being suddenly plunged into near darkness. Unfazed by this sudden change, Devlin put in a series of competitive laps but with the top 13 separated by under a second it was only enough to earn him P16 for the following mornings race.

Showcasing yet another stellar start, the race started well for the young Italian-Canadian. Benefiting from Tveter (Ryan) dropping down the order, Devlin firmly threw himself into points contention battling amongst the pack further demonstrating the strong pace he had shown during the free practice session. In such a tightly knit pack, the order in GP3 can change at the drop of a hat. Unlucky to lose a few positions as the race hit the closing stages crossing the line in seventeenth.

Heading out for the second race on Sunday morning, Devlin made yet another clean start when several drivers went off track at the first corner. Benefiting from keeping his nose clean, moving up two places before the end of the third lap. With points firmly in sight the eighteen-year-old valiantly battled for the remainder of the race holding his own against the field. With Illot (Callum) out the race with a puncture, Devlin set about hunting down Menchaca (Diego) and fourteenth place. With a clever bit of driving, and a turn of pace that was matching that of the top five, he was able to dispatch him, before quickly making his way past Fenestraz (Sacha) just a few laps later.

Staying out of trouble payed dividends once again, when in a final lap crash the young Canadian-Italian was promoted to twelfth position. Devlin’s intelligent driving meant that he stayed firmly out of trouble and was able to make some great on-track overtakes too. His twelfth-place finish in amongst a close midfield fight showed his pace and commitment.

“Much better race today! Our speed was there to be in top five, so I’m quite happy with that. I had some good on-track battles especially with Sacha (Fenestraz).

“Qualifying is my Achilles Heel at the minute so that’s going to be our focus for the winter. Now it’s time for a little relaxation before a lot of hard-work before Abu Dhabi — finish the season on a high!”

There’s now a significant break until the final race of the season in Abu Dhabi (23rd – 25th  November), where Devlin will look to round off his debut season with success.